One day in 1919, a shabby and sad-looking Chinese man was wandering aimlessly in downtown San Antonio and was asked by a sympathetic Christian woman if she could assist him in any way. The man told of his loneliness and wished he and his people had a place to learn English. God opened the woman’s heart to ask other Christian friends to start a class teaching English using the Bible as a textbook. Compassionate Christians from Baptist, Presbyterian and Methodist churches rallied to the cause. 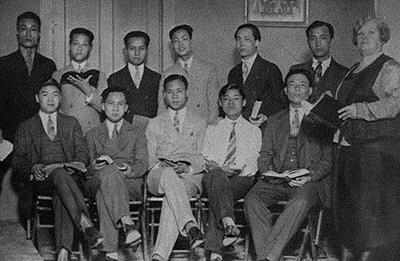 A central location was needed to hold the classes and the city allowed them to meet at the old historic Spanish Governor’s Palace by the city hall. Due to interruptions by sidewalk people the group found an upstairs location on west commerce street which was named “the upper room” and continued classes and worship services.

The English classes were successful and many Chinese became believers of Jesus Christ. They understood that the Bible instructed new believers to be put “into the water" in baptism, so they were baptized by immersion at local Baptist churches.

In 1923, the Chinese Gospel Mission, as it was called, was organized as The First Chinese Baptist Church. Other faithful Baptist workers continued to “Bring in the Chinese” following the instructions from the hymn “Bringing in the sheaves”. 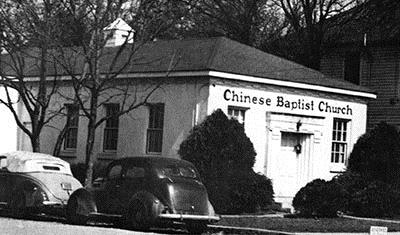 The "wheat was white unto harvest". They succeeded!

In 1940, the church moved to 601 Avenue B, in a small chapel with only three classrooms. Bible classes met outdoors in the summer and in cars in the winter. With a $10,0000 donation from the Women’s Missionary Union, the church purchased two lots next door in 1956. A new education building and sanctuary was built on this property. Both the Chinese population and church grew as the Lord blessed.

Space limitations on Avenue B forced the church to look for another location. In 1994, Valero Corporation behind the church purchased the property and this allowed the church to purchase land where most of the Chinese resided, in northwest San Antonio. Property was purchased on 5481 Prue Road on which three buildings were constructed.

Our MISSION is to worship God, to build up one another, and to reach out to others with the love and message of Jesus Christ.

Our VISION is a united, spiritually healthy, God-centered church, with active members, discipled and equipped to reach the Asian and American community through evangelism and ministry..

Baptists are people who profess a living faith. Our faith is rooted in Jesus Christ who is "the same yesterday, today, and forever." The sole authority for faith and practice is the Bible, the Word of God. As Baptists, we believe that every believer is a priest unto God and has direct access to Him through prayer and communion. We are self-governed and self-supported by the church members. 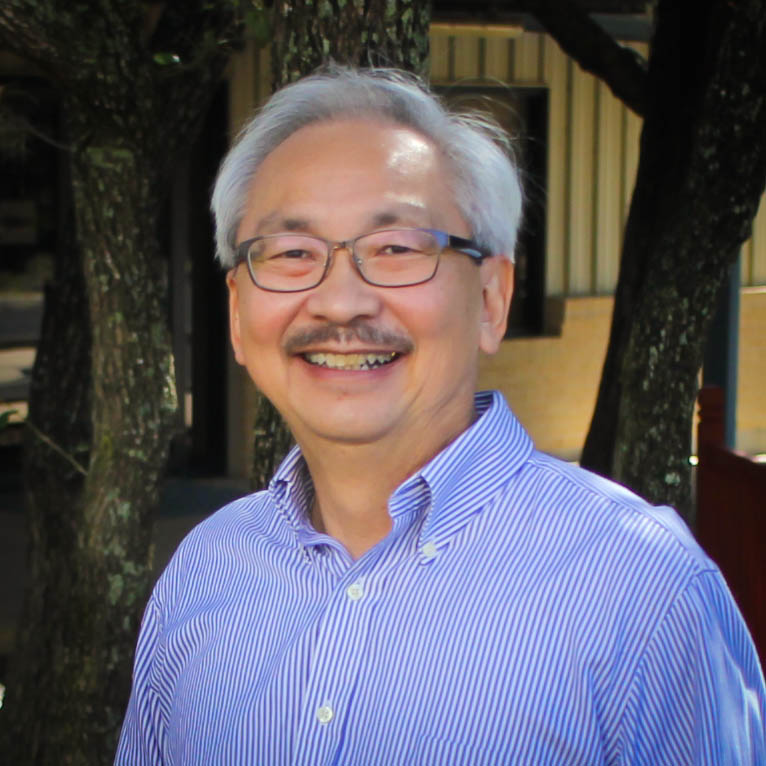 John Lee is a native of San Antonio and grew up in our church. He trusted Christ as his Savior during a youth retreat in 1971. Pastor John graduated from Trinity University with a bachelor's degree in Biology and later was led to commit his life to full time ministry. He attended Dallas Theological Seminary, where he received a Master's of Theology in Old Testament.

Pastor John has been happily married to his wife Lily for more than 30 years; they have two sons, Joshua and wife Meagan, and Daniel. 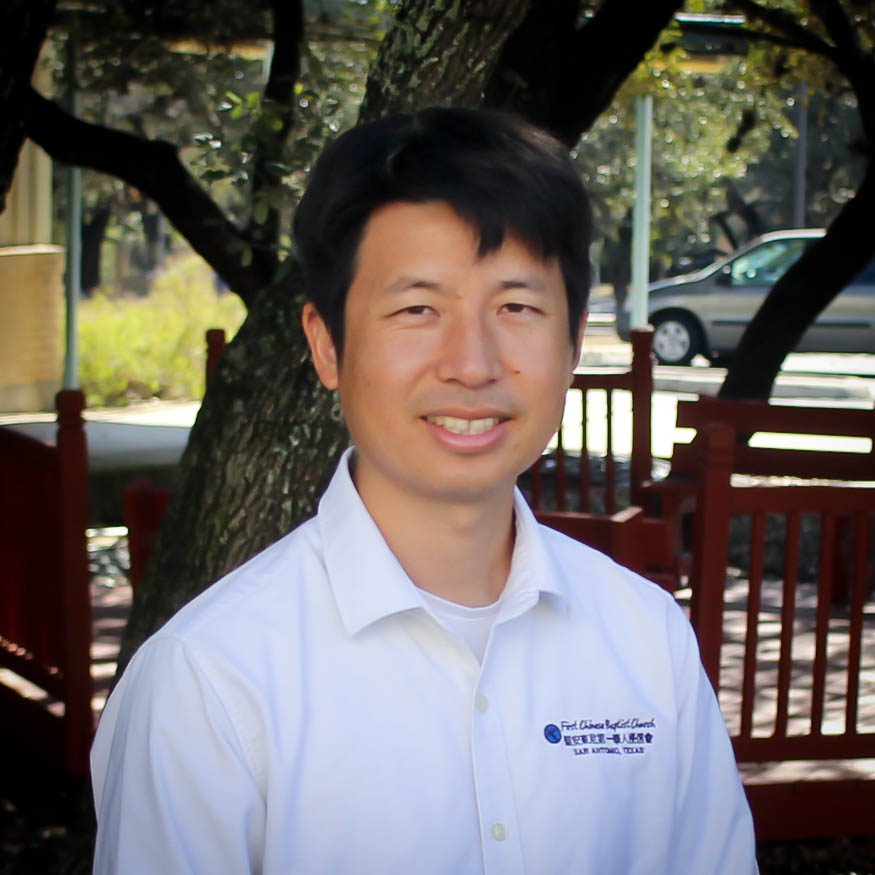 Jonathan Nan was born and raised in a Christian family in Wenzhou, China; however, he did not trust Christ as his Savior until he was in his twenties during a serious car accident. Jonathan has been happily married to his wife Priscilla for over 8 years and they have two boys, Enduo and Niya. They love to go fishing together and Jonathan enjoys playing ping-pong.

From 2007-2011, Jonathan studied at HuaDao Seminary in Wenzhou, China and then founded Yue Qing Development Zone Church. He and his family then moved to Texas where he was the volunteer minister at Rio Grande Valley Chinese Baptist Church in McAllen, Texas. They then moved to San Antonio in 2016 and Jonathan studied Theology at the Baptist University of Americas while serving and teaching as a volunteer here at First Chinese Baptist Church. In 2018 Jonathan began studying for his Masters of Divinity through Southwestern Baptist Theology Seminary Online, at the same time he answered the call to be our full-time Chinese Minister. In January 2020, Pastor Jonathan Nan was ordained at our church.

Pastor Jonathan's hope in serving our Chinese speaking congregation is to bring more people to the Lord and equip more believers to serve and love the Lord. As he serves at FCBC, he also wants God to use him to make disciples and impact the community all to glorify God. 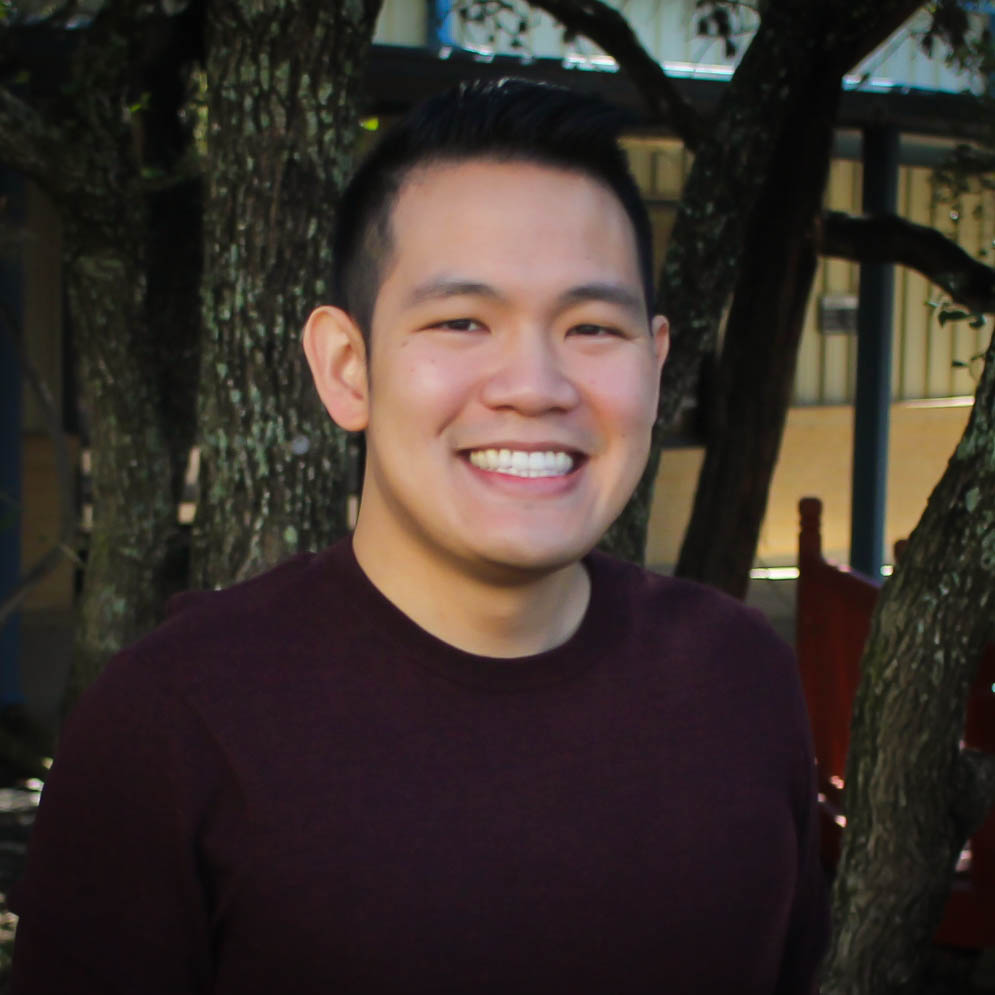 Nathan Lee was born and raised in San Antonio, Texas. He trusted Jesus as his Savior at a young age and grew up spiritually at our church. During his undergraduate at UT Austin, he began campus ministry with Epic Movement, the Asian American ministry of Cru (formerly Campus Crusade) and grew in his passion for making disciples of Jesus.

After college, Nathan served in youth and worship ministries at FCBC until he was led to begin Seminary. At that time, he also began serving on staff as our College and Young Adult Minister. In January 2020 Pastor Nathan Lee was ordained at our church, and in May of 2020 he graduated with his Masters of Divinity from Southwestern Baptist Theological Seminary.


For general information or concerns, email our Church Secretary, April at fcbchurchsa@gmail.com.

...to receive e-newsletters and special announcements!